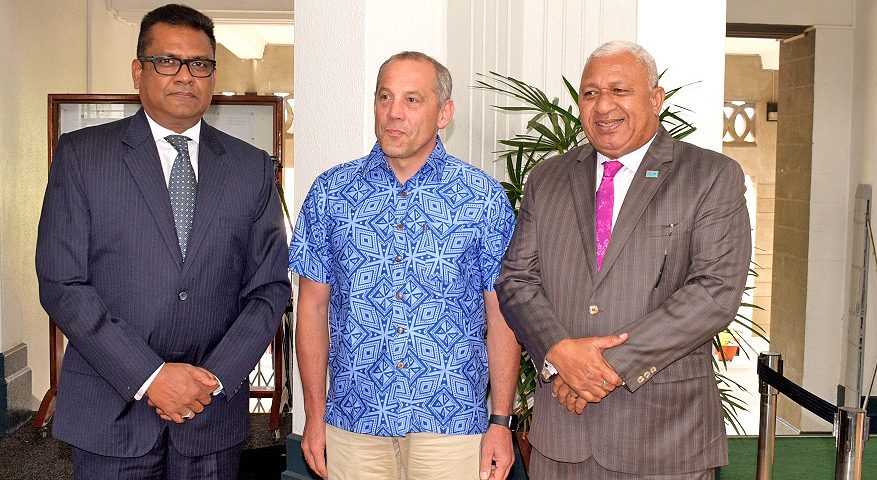 The Fijian Immigration Department and a group of technical officials from the Muhlbauer ID Services in Germany are presently working around the clock to put in the final touches to the much-awaited e-passport system.

And if all goes well, the department is expected to rollout the first 5000 e-passports as early as next week.

The Permanent Secretary for the Office of the Prime Minister, Sugar Industry, Immigration and also acting Permanent Secretary for Foreign Affairs, Mr Yogesh Karan said they were pleased to have the Vice President of Muhlbauer ID Services Mr Ludwig Huber and his team of engineers and technicians in the country this week for the final round of e-passport tests and verification.

“There are series of tests to be conducted. About a month ago, we had the factory acceptance test in Germany and this was done to help staff familiarise themselves with the new system. The result of this test was successful,” Mr Karan said.

“We are continuing with integration and testing and this virtually means that the system must be compatible with the international border management system.

“If all goes according to plan, we will be having our final test this Friday.”

Mr Karan added that the department, with the assistance of the group from Germany, would also train staff on collecting biometric data, among other technical capabilities.

“These passports require the collection of biometric data and our staff will be trained this week on the new system. This exercise is vital for completing the process,” he said.
“The data will be integrated into the system and once this is successfully done, the full test is completed, and we will be ready with our e-passport rollout.”

Mr Karan has yet again called on members of the public to bear with the process as the department was doing its best to provide a more efficient and effective e-passport system for all Fijians.

Meanwhile, those with the old passports can still use them however, applications for new ones will also be facilitated.

The introduction of e-passports is part of the government’s efforts of embracing appropriate and new technology for productivity improvement. Appropriate new technology will be adopted to raise overall efficiency and productivity and to improve service delivery across all sectors, as stipulated in the country’s national development plan.