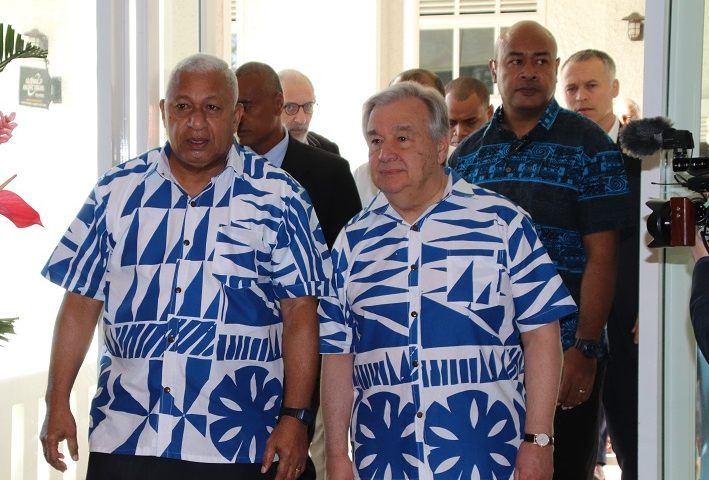 The United Nations Secretary-General (UNSG), His Excellency António Guterres  was accorded with a full  traditional welcoming ceremony at the Grand Pacific Hotel in Suva yesterday.

Following the traditional ceremony, Mr Guterres conveyed his sincere appreciation to the RFMF for the exceptional traditional welcoming ceremony which, undoubtedly, portrayed the richness of the Fijian culture and tradition.

He also acknowledged the tremendous contributions of the Fijian Government towards the UN peacekeeping operations.

After the ceremony, Mr Guterres and the Pacific heads convened at the Pacific Islands Forum headquarters for a high-level political dialogue. The dialogue was chaired by His Excellency, the President of Nauru, Mr Baron Waqa. 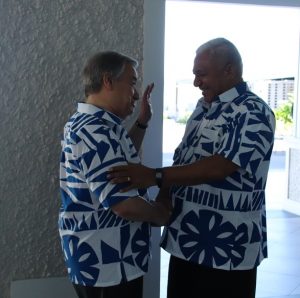 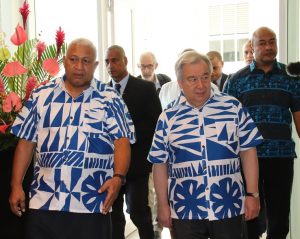 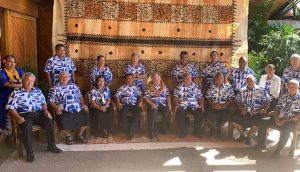 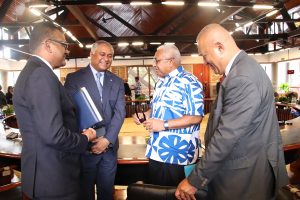